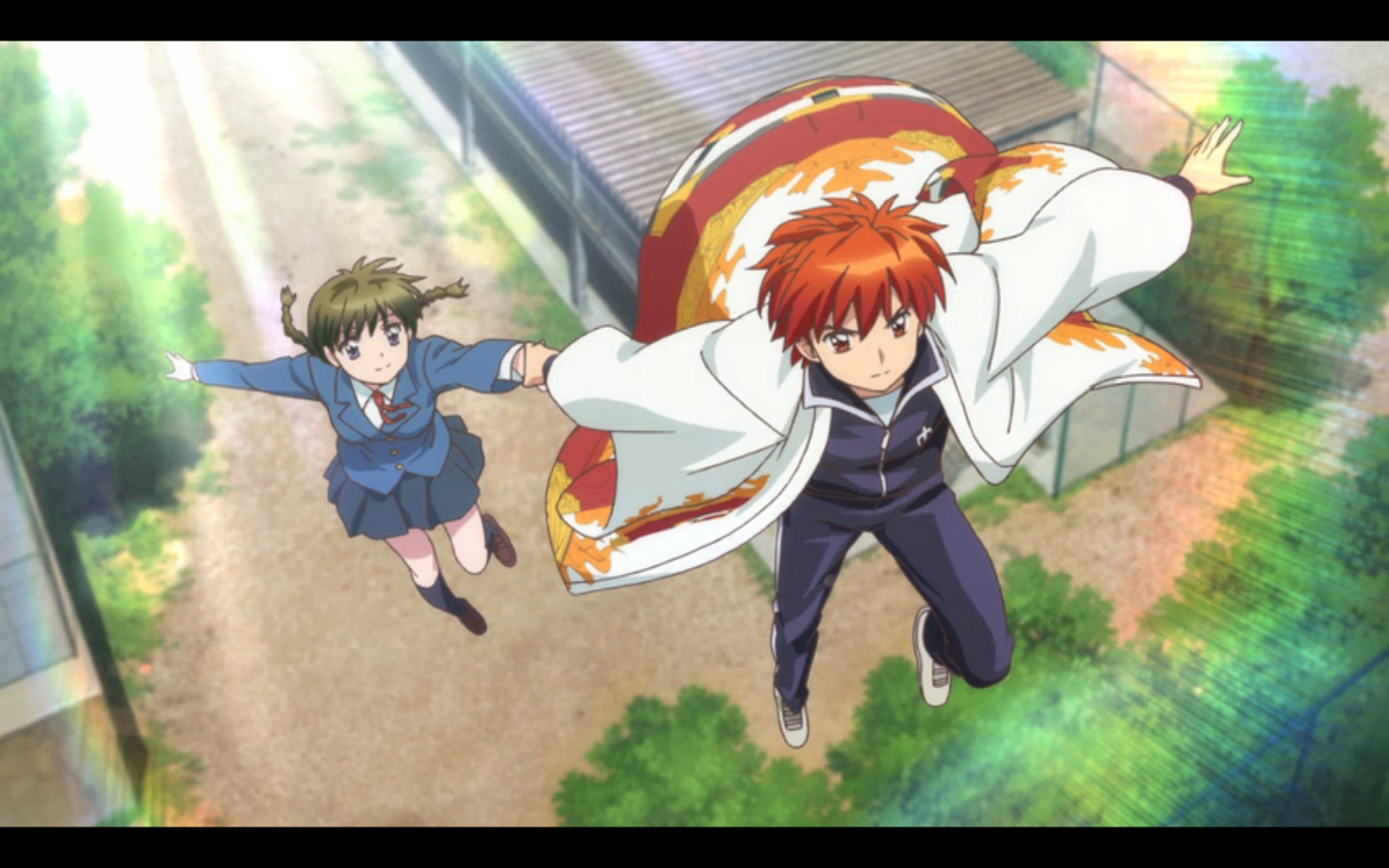 Mamiya Sakura is high school girl who sees spirits.  They bother her, but she doesn't let anyone know she sees them.  One day at school she meets her classmate Rokudou Rinne who is sometimes invisible to everyone else except her.  Turns out he's a shinigami that makes regretful spirits to go into the "Rinne no Wa" ("Ring of Reincarnation" that looks like a big red wheel in the sky) to be reborn.  Sakura can see spirits because she was led into the spirit realm as a young child by a shinigami who coincidentally is Rokudou's grandmother.  Due to circumstances, Rokudou has to do shinigami work while being extremely poor and relies on offerings and donations to survive.  It reminds me of "Noragami."  Sakura gets caught up in Rokudou's busy life.  It's a very funny show and has a very nice retro-shojo art style.  Only four episodes have aired, but I have a feeling it I will enjoy this show quite a bit this season.
Posted by 3mapletrees at 12:55 PM