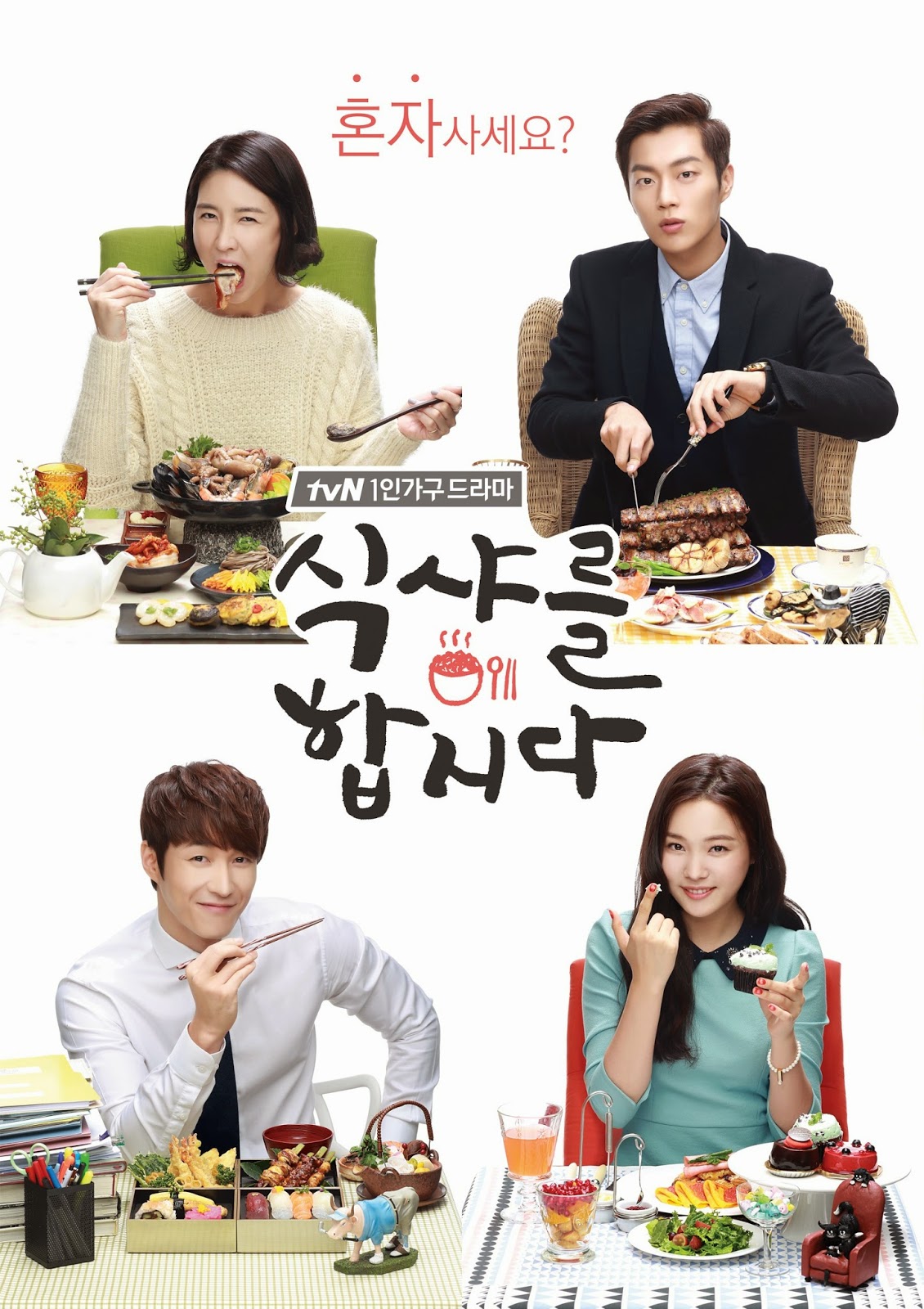 I haven't enjoyed a K-drama this much in a long time.   "Let's Eat" is  romantic comedy with FOOD PORN.  Seriously.  Every show has a long series of shots of the actors eating delicious food and looking extremely happy doing so.  I am amazed these actors did such a good job of eating on camera without looking like total messes and still conveying "this is yummy" all at the same time.  Each show had me hungry while watching.  Soo Kyung is a 30 something woman living alone in  Seoul who slowly becomes friends with her neighbors Dae Young, a younger man who is suspiciously slick, and Jin Yi, an optimistic and naive younger woman.  The chemistry between all the actors is very good and the comedy made me laugh out loud quite a bit.  There is a strange subplot involving a serial murderer, but it does serve to get the romance going.  If you want to watch a charming show with gorgeous people and gorgeous FOOD, watch "Let's Eat." 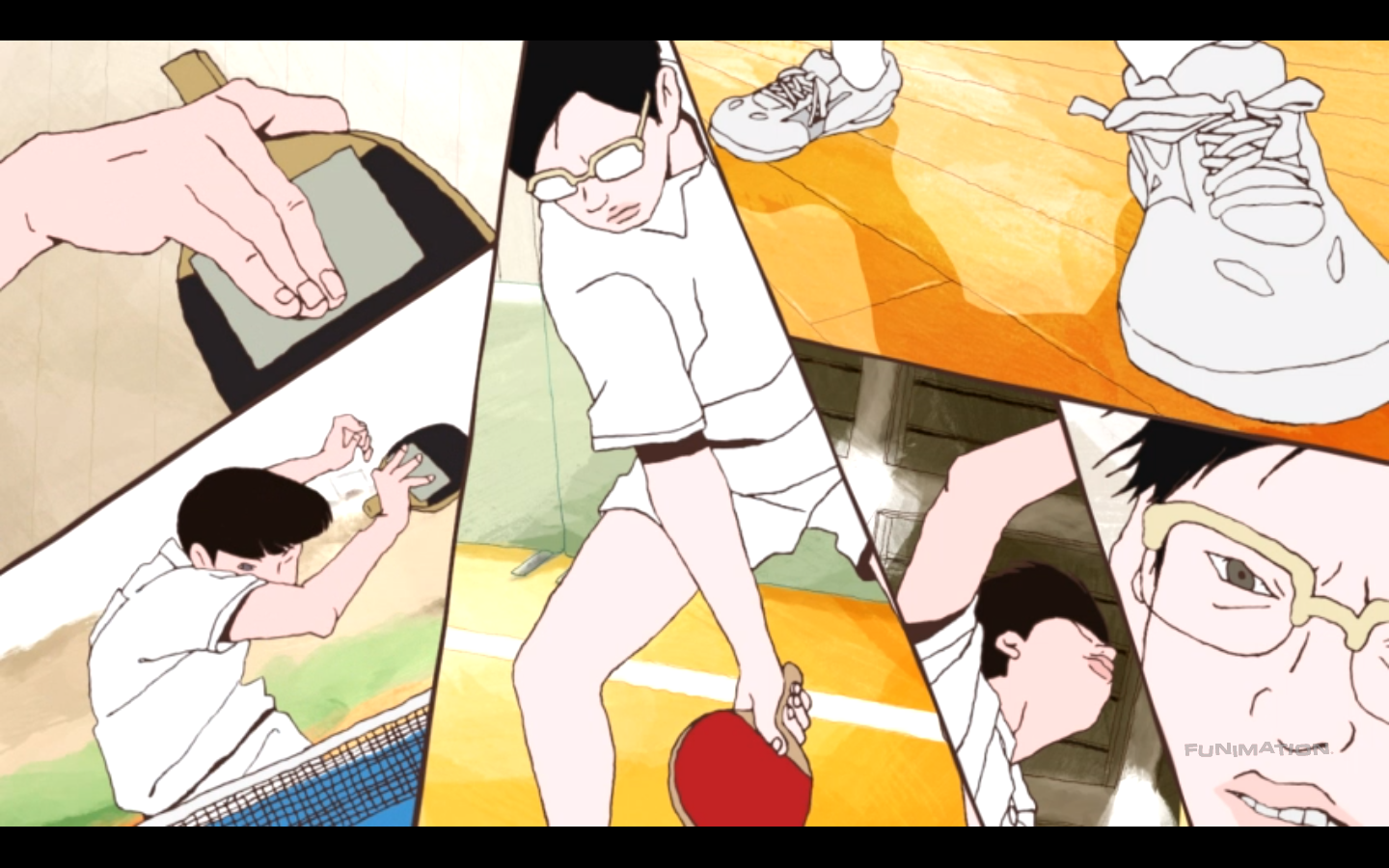 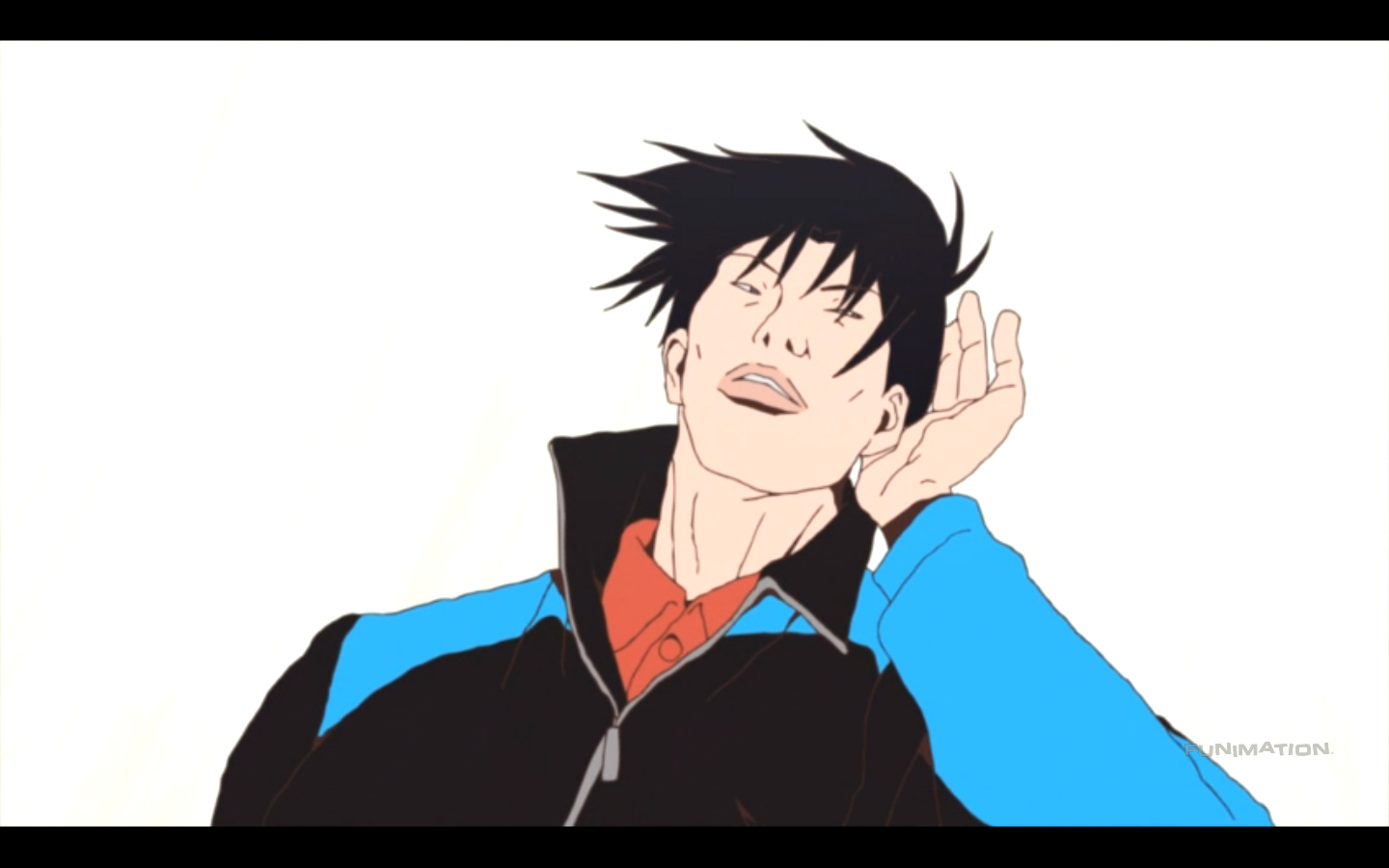 Spring 2014 season has started and one show has stood out for me so far.  It's "Ping Pong the Animation."  The art style is unique, realistic but simplistic at the same time.  The dialogue is very realistic as well, almost like a live drama.  This one episode introduced Hoshino (aka, Peco) and Tsukimoto (aka, Smile) two talented first year students in a high school ping pong team.  They're childhood friends who trained at the same ping pong dojo (who knew there were ping pong dojos). They sneak over to the another high school to peek at the new Chinese exchange student recruited for ping pong.  All the dialogue from the Chinese student Wenge and his coach are in Mandarin, and it's not broken Mandarin or magically changed to Japanese. It's refreshing to see the producers committed to using fluent Chinese speakers.  Can't wait to see more of this noitaminA show.  It's currently streaming at Funimation in the United States.  Elsewhere it can be found at Crunchyroll.
Posted by 3mapletrees at 7:14 PM No comments: