Got this from nipponcinema.
Posted by 3mapletrees at 10:24 PM No comments: 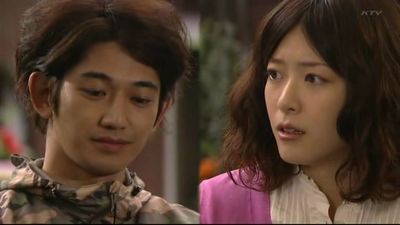 Just saw the first episode and I am really looking forward to watching this spring jdrama. It's Eita and Ueno Juri again from "Last Friends" and both are really cute and appealing actors. In fact, just about everybody is cute and appealing in this jdrama about Twitter friends who meet in the real world. It actually does remind me of "Last Friends" which is a good thing. I am also looking forward to "Tsuki no Koibito" which includes Keiko Kitagawa which hasn't started yet.
On the anime front, the spring season looks really promising. The Funimation website is streaming "House of Five Leaves" which looks really good. It has a strange but attractive art style. I have to admit to watching "Uragiri wa Boku no Namae o Shitteiru"(aka Uraboku)on Crunchyroll. It's like "Nabari no Ou" (with that suggestion of BL) and "Vampire Knight" combined. "Kaichou was Maid Sama" looks like a great shoujo anime with the pretty and tough heroine attracting the cool, good looking potential boyfriend. If you want something mature and gritty, "RAINBOW" may be something to watch. But it's sort of soul-crushing in the way these teenagers are treated (ie sexual abuse, physical abuse) in their 1950s-youth-authority prison. Not for the squeamish. Looks like I am all over the place with the anime but this season has got an extremely wide range of selection so I am bound to drop half of everything I started. Quite a different season from the last one where almost nothing was appealing. Oh yeah, "Ookiku Furkikabutte" is back for season two and the quality looks just as good as before!
Posted by 3mapletrees at 11:05 PM No comments:

Upon visiting Amazon's Deal of the Day, I found the 12 disc set of the Granada television series "Sherlock Holmes" starring Jeremy Brett. It was a good deal and I always enjoyed catching this on PBS when it is sometimes aired. Right now I am watching "The Solitary Cyclist" for the umpteenth time (every time I catch the show, this episode is on) and thoroughly enjoying it. The remasters are really good and there is no awful VHS graininess as I had feared. Jeremy Brett IS Sherlock. The production values make each show a little BBC period piece. I look forward to many mini-Sherlock Holmes marathons on my days off!
Posted by 3mapletrees at 9:58 PM No comments: 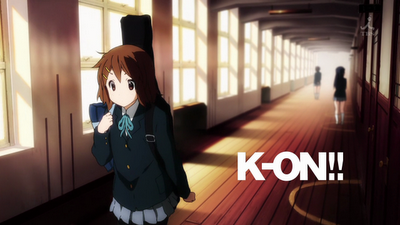 It's back and it's delightfully entertaining, sort of relaxing and nostalgic. All five band members are back for another year in the light music club. We can look forward to talks over tea and cakes and the occasional breaking out of improbably mature rock music playing. And of course, moe times ten.
Posted by 3mapletrees at 11:41 PM No comments: 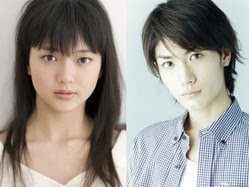 I forgot about mention of a live-action "Kimi ni Todoke" movie till I read this. I'm a fan of Haruma Miura (really cute!) and I think that casting is spot on for Kazehaya. Never heard of Mikako Tabe before, but hope there is chemistry between the two. According to the article above, this movie will be released September 2010.
Posted by 3mapletrees at 10:45 AM No comments: