I got my Utada CD "This Is The One" today! 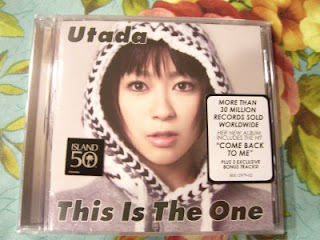 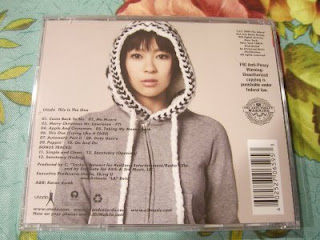 I got my new Utada CD "This Is The One" in the mail today. Pre-ordered it on Amazon.com. The only difference is the 3 bonus tracks "Simple and Clean" (which is the same music as "Hikari"), "Sanctuary (Opening)," and "Sanctuary (Ending)." These were featured in a video game series called "Kingdom Hearts." I never played the games, but Utada has a big following because of the games. The music for "Sanctuary" is the same as "Passion." It's interesting to hear English lyrics with those songs I've heard so many times in Japanese. If only I could see her in concert.
Posted by 3mapletrees at 11:54 PM